Home of the Neon Enthusiast
https://forums.neons.org/ 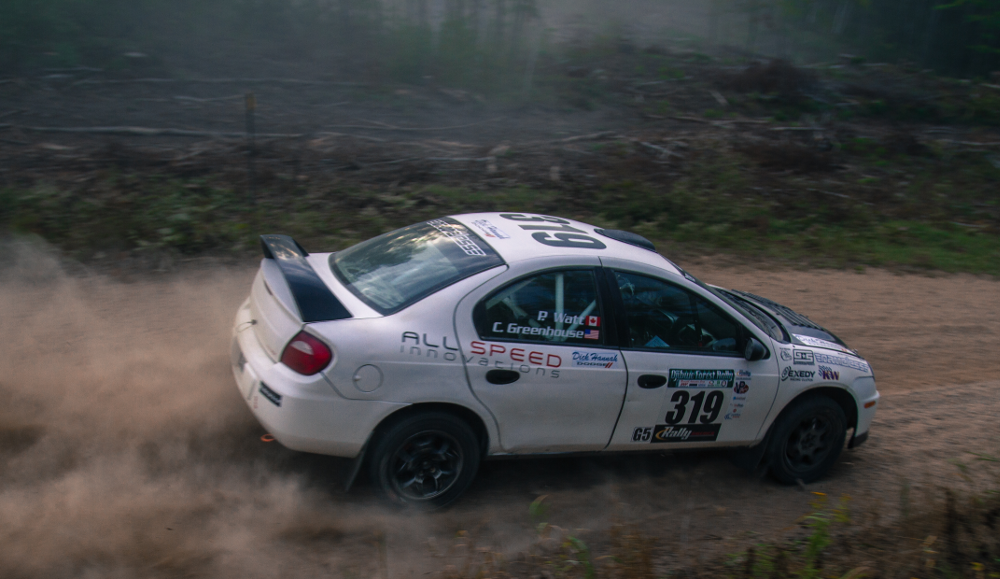 Lebanon, OH, USA - Chris Greenhouse and the All Speed Innovations rally team have committed to the CARSRally Canadian Rally Championship for 2014. The Lebanon, Ohio, USA based team will be fighting for the 2WD Championship in their Dodge Neon SRT4. Last year, Chris had a solid third place finish in the RallyAmerica 2WD National Championship, and will be looking to build on the successes of 2013 in the upcoming Canadian series.

"We had a good year in 2013," said Chris. "We gained a lot of valuable experience, we had some successes and some failures that we were able to lean from for the upcoming season, and we set a number of top-10 overall stage times along the way."

The 2014 season will present a host of new challenges for the team but Chris is embracing each one,

"The CARS series will give us a new group of competitors that we aren't familiar with, stages that are brand new to us, 2-pass reconaissance events, and many more hurdles to overcome. We will really need to focus on the 2-pass recce more than anything, I think that will be the most difficult part of the CARS series, but thats a big part of why we chose to compete in Canada for 2014."

Joining the team for 2014 will be Seattle, Washington, USA based co-driver Billy Irvin. Billy has competed in Canada a number of times before, and spent most of 2013 competing with Cameron Steely who also competed against Chris in the RallyAmerica series. Billy is looking to the 2014 season with much anticipation,

"Chris and I have competed together in the past, and I know he's fast in the SRT4, All Speed Innovations runs an outstanding crew, and their results last year were no fluke."

Chris has made the goal for Canada clear:

"We want to win the CARSRally 2WD Championship, period. I won't settle for anything less. Its all or nothing this year."

Follow Chris, Billy and the All Speed Innovations rally team as they take on the best that Canada has to offer in their quest for the 2014 CARSRally 2WD Championship. The team will be at Rallye Perce-Neige Maniwaki, Feb. 7-9 to start off the season.

by what neon
Awesome! Go get em!

Sent from my Galaxy Note II
using Tapatalk forum app.
All times are UTC-07:00
Page 1 of 1